During the first week of June, I had the opportunity to speak and attend Gr8Conf EU in Copenhagen, Denmark. The conference was relatively small but had many amazingly talented speakers and attendees. Just check the agenda and you’ll see many of the Groovy and Grails Gr8’s. As if the conference wasn’t enough, it was in beautiful Copenhagen! I hadn’t been before, but I most certainly want to go back next year.

The first day was university aka workshop day. There were several great ones including Unleashing the power of AST transformations – Workshop by Andres Almiray and Getting Groovy With Lego Mindstorms EV3 with Ryan Vanderwerf. In the evening was the famous Gr8Conf Hackergarten. Many important contributions were made during the evening including Grails JWT plugin, Grails Postgres Extensions, GPars, and Grails Spring Security. I spent the evening updating the Gr8Ladies website to Grails 3 and updating the design. 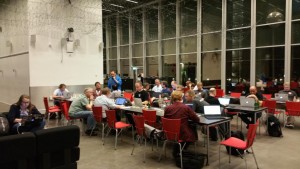 The conference talks officially started on Day 2 with State of the Groovy Nation by Groovy project lead, Guillaume LaForge. It was very nice to hear about where Groovy is headed post Pivotal and a little bit about how Groovy might or might not change in light of Java 8. This talk (and the conference intro) is already available on YouTube.

Immediately after the keynote, I gave my NoNonsense NoSQL talk. It is a general overview of how to choose a NoSQL technology followed by some examples on how to incorporate a NoSQL technology into a Grails 3 project. The video should be available in a couple of months or you can also see me give this talk next month at Gr8ConfUS. 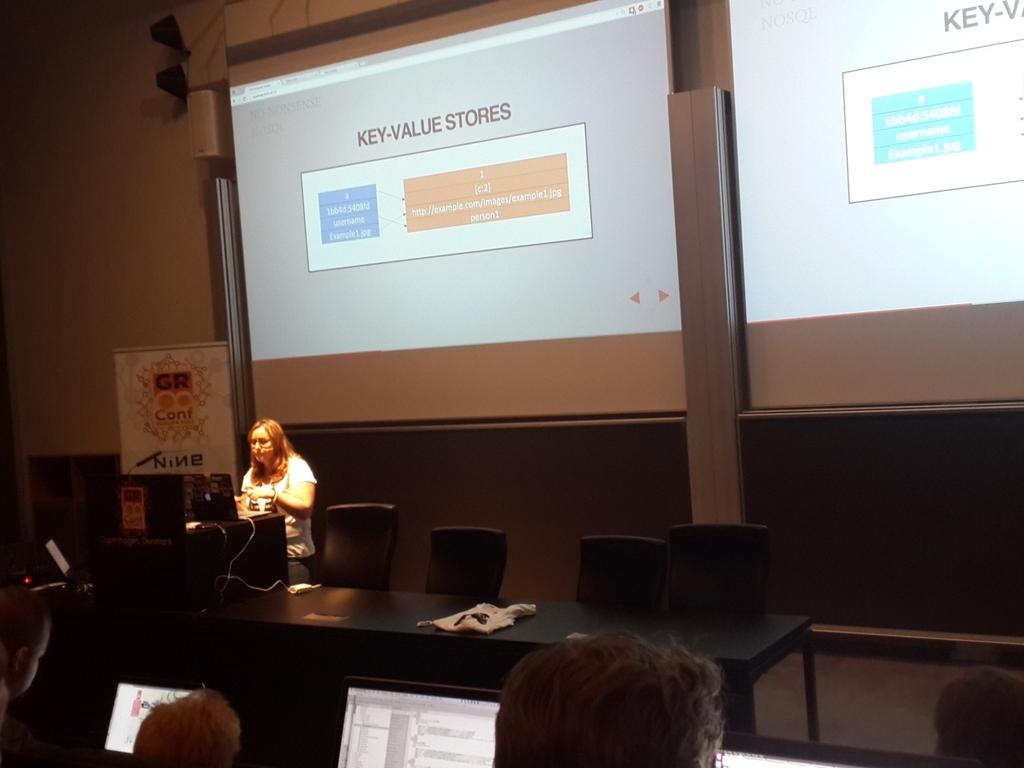 Other interesting talks of the day included Jacob Mikkelsen‘s Lessons Learned Teaching a Groovy/Grails Course where he discussed some of the idiosyncrasies that beginners uncover. With the work I do teaching Groovy & Grails as part of Gr8Ladies, I found it particularly interesting. One of the students, Isabel, was also at the conference and had some great insights from the learner’s perspective.

Burt Beckwith‘s Grails Worst Practices ended the day. I had seen it before but found it even better the second time. The tips and tricks are always relevant and there was some new content too. When the video becomes available, I highly suggest watching it. This last time slot was also exciting on the other track where Andres Almiray released Griffon 2.3.

The highlight of the conference was probably the 2nd-day meet & greet. This is when we cracked open the beer brewed by the conference staff alongside the other speakers and attendees. As a speaker, it was great to get feedback and answer specific questions in a low-key social setting. There were four different Groovy themed beers. The best and most creative beer was the Trait Stout (first in the picture) which had a licorice flavor. 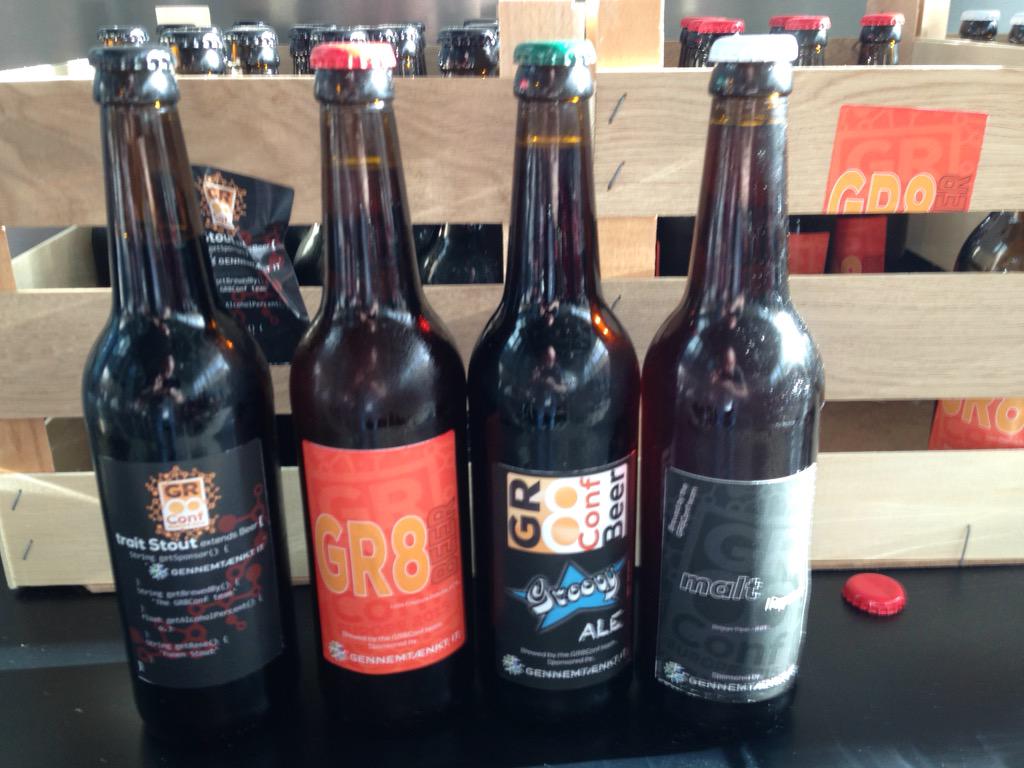 The June 4 keynote was all about Grails with core team member, Jeff Scott Brown. Unfortunately, technology issues prevented this keynote from being recorded for YouTube. In the afternoon, I gave my second talk, Restful Web Services in Grails. Highlights of the last day included Ryan Vanderwerf’s All Your Lego Are Belong to Us where he demoed and explained the Groovy(and Grails) code used to control the Lego Mindstorms robots. He was even able to control one from his smart watch! The epic end of Gr8Conf was the much anticipated Groovy Puzzlers. Although I didn’t win any of the prizes, I did learn about some of the lesser known Groovy gotchas. It was a lot of fun and I look forward to seeing the next version.

Gr8Conf Europe was a great conference with amazing talks, great speakers, and a highly engaged and enthusiastic audience.  There are many great photos to recap the week.  Thanks to the Gr8Conf organizers for putting on a fantastic conference and Object Partners for supporting my trip.